“Music is… A higher revelation than all Wisdom & Philosophy”

Classical music is a very general term which normally refers to the standard music of countries in the Western world. It is music that has been composed by musicians who are trained in the art of writing music (composing) and written down in music notation so that other musicians can play it.  Beethoven is best known for his nine symphonies, which have been called the cornerstones of Western civilization. The most famous two are the Fifth Symphony and the Ninth Symphony because of their grandeur.

67, was written between 1804 and 1808. It is one of the best-known compositions in classical music and one of the most frequently played symphonies, and it is widely considered one of the cornerstones of western music. As is typical of symphonies in the classical period, Beethoven’s Fifth Symphony is in four movements.

From 1803 to 1812, what is known as his “middle” or “heroic” period, he composed an opera, six symphonies, four solo concerti, five string quartets, six-string sonatas, seven piano sonatas, five sets of piano variations, four overtures, four trios, two sextets and 72 songs. The most famous among these were the haunting Moonlight Sonata, symphonies No. 3-8, the Kreutzer violin sonata and Fidelio, his only opera.

In terms of the astonishing output of superlatively complex, original and beautiful music, this period in Beethoven’s life is unrivaled by any of any other composer in history. Symphony no . 5 is  One of Beethoven’s best-known works among modern audiences, Symphony No. 5 is known for its ominous first four notes. Beethoven began composing the piece in 1804, but its completion was delayed a few times for other projects. It premiered at the same time as Beethoven’s Symphony No. 6, in 1808 in Vienna.

The nine symphonies of Beethoven are unique in that no other single body of work by any composer enjoys such universal respect and popularity. The majority of Haydn’s and Mozart’s symphonies are virtually unknown. Each of Beethoven’s symphonies are widely known, performed, and studied. To pick the most popular one is exceedingly difficult, for one’s favorite is often the symphony most recently heard. Some prefer the revolution of Symphony No.3, others the universal brotherhood celebrated in Symphony No.9. Symphony No.5, however, may be the most popular, which is not so much due to its familiar opening “short-short-short-Iong, ‘V’ for victory” motto (not everyone remembers its use during World War II), but rather because of its raw power and the overwhelming way it represents a triumph over adversity. E.M. Foster referred to it as “the most sublime noise that has even penetrated the ear of man.” 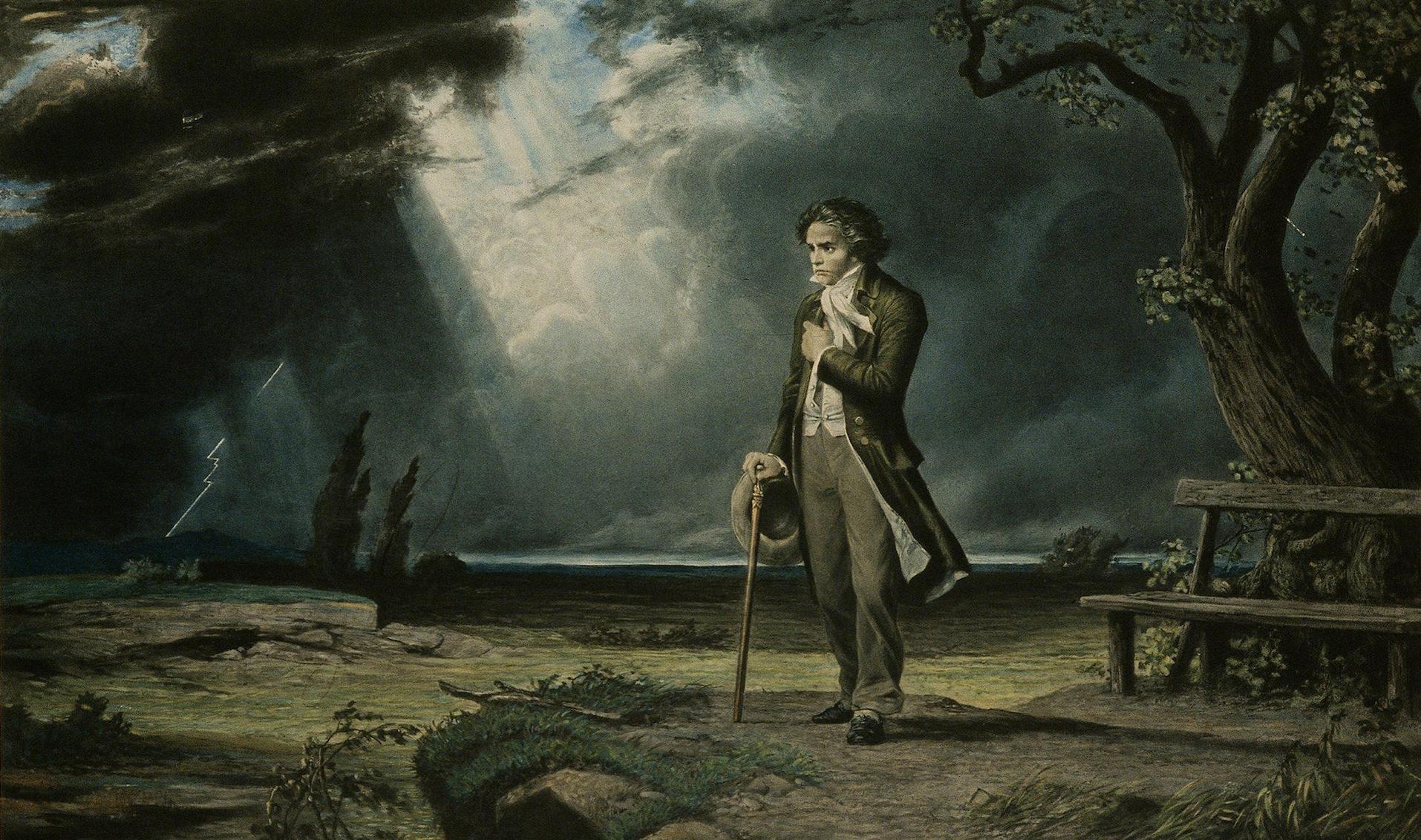 The fifth symphony is remarkable in that the compelling energy of the entire first movement is derived from only a short opening motive of four notes. Literally every element is derived from this motive. Even the “contrasting” second subject is built upon the melodic outlines of the first bars and is accompanied by the motive itself. The development section makes use not only of the motive as a whole, but also of the individual parts. The rhythm alone drives the movement relentlessly. After such an outburst, the ear and mind long for a respite. Beethoven offers one by providing a simple second movement consisting of two alternating themes in the unexpected key of A-flat major. Even here, however, some of the first movement’s fury is present, as evidenced by the fact that the second theme is hammered out by trumpets and drums. Formally, the third movement is a scherzo in a minor key. Here again, the rhythm of the opening motive drives the music forward. The energetic trio consists of fugal passages beginning in the bass parts. When one expects to hear a literal repeat of the scherzo, the music returns quietly and fragmented. Then, in place of an ending, a long, mysterious crescendo leads directly into the triumphant C major march which concludes the symphony. Here again, all is not predictable. The opening motive and parts of the scherzo return near the conclusion of the march. The last movement marks the first use of piccolo, contrabassoon, and trombones in a symphony. 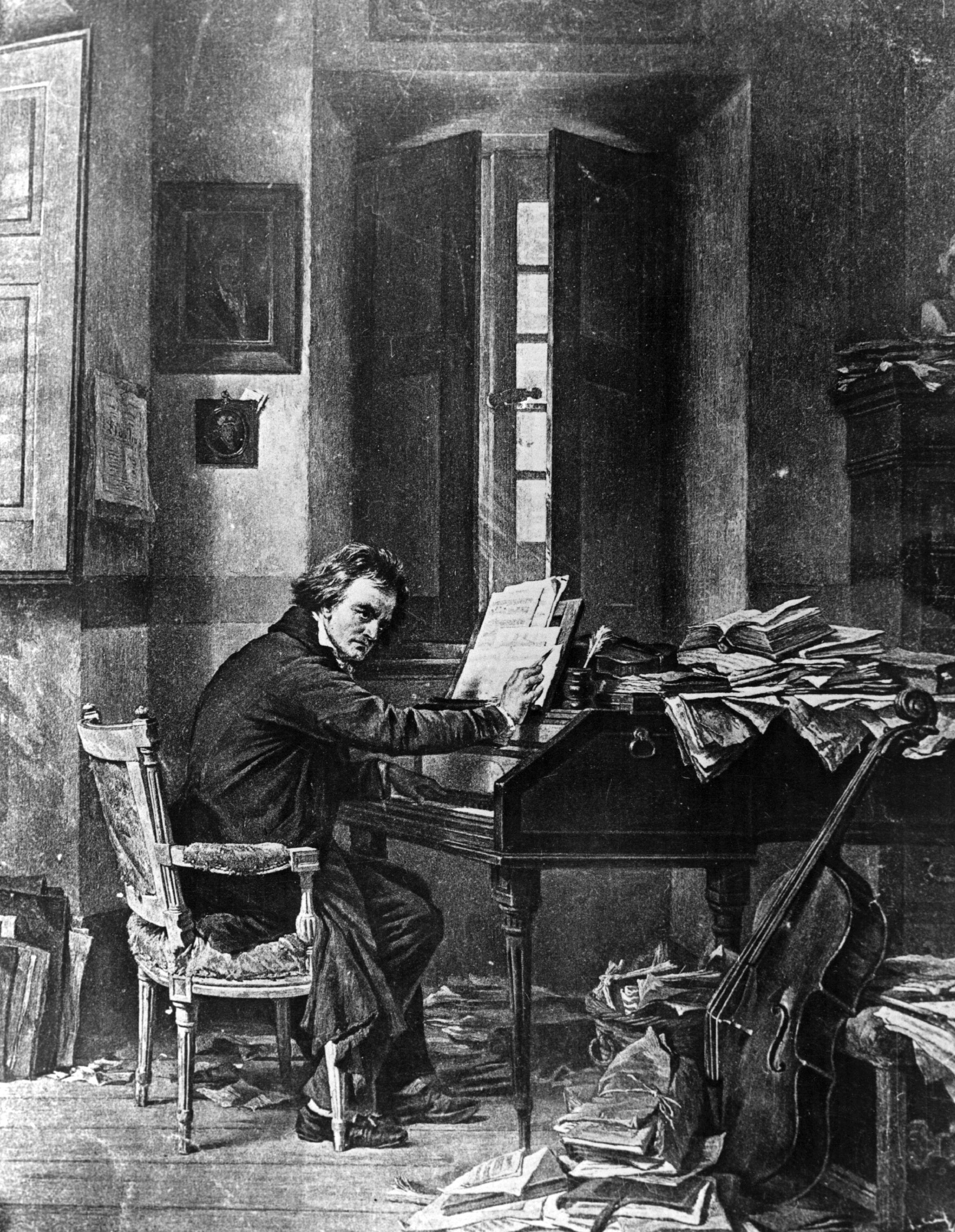 Beethoven is widely considered one of the greatest, if not the single greatest, composer of all time. Beethoven’s body of musical compositions stands with William Shakespeare  ‘s plays at the outer limits of human brilliance.

And the fact Beethoven composed his most beautiful and extraordinary music while deaf is an almost superhuman feat of creative genius, perhaps only paralleled in the history of artistic achievement by John Milton writing Paradise Lost while blind.

Summing up his life and imminent death during his last days, Beethoven, who was never as eloquent with words as he was with music, borrowed a tagline that concluded many Latin plays at the time. Plaudite, amici, comoedia finita est, he said. “Applaud friends, the comedy is over.”

“Music should strike fire from the heart of man, and bring tears from the eyes of woman.”