Eagles conveys the powers and messages of the spirit; it is man’s connection to the divine because it flies higher than any other bird. If eagle has appeared, it bestows freedom and courage to look ahead. The eagle is symbolic of the importance of honesty and truthful principles.

As the old saying goes, “Birds of like feathers flock together.” Eagles do not mix with other birds but only enjoy flying at their high altitude. It is this characteristic that makes eagles a unique birds. An eagle will never surrender to the size or strength of its prey. 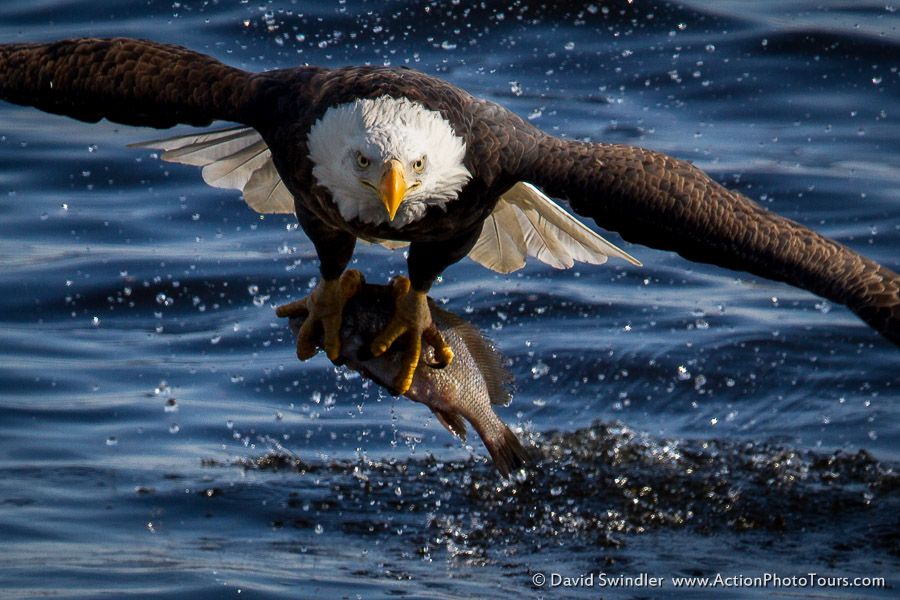 Eagle is the name for both male and female members of the species. Baby eagles are called fledglings or eaglets, and a group of eagles is referred to as a convocation or aerie. Female eagles mate for life after initiating courtship between 4 and 5 years of age. A baby eagle is called an eaglet. If it is fledging, it may be called a fledgling at that point. If it is just born and still in the nest I ‘d call it a chick.

As with hawks and owls, falcons exhibit sexual dimorphism, with the females typically larger than the males, thus allowing a wider range of prey species.

In the Bible, Isaiah 40:30 says “They that wait upon the Lord shall renew their strength, they shall mount up with wings as eagles, they shall run and not be weary, and they shall walk and not faint.” The eagle is mentioned in the Bible 34 times.

While courtship displays take place in flight, eagles do not mate in the air. Rather, copulation occurs on a branch or in the nest with the male mounting the female. During copulation, the cloaca of the male and female touch and sperm is transferred from the male to the female in what is known as the cloacal kiss.

Measuring from 27-33 inches in length, the golden eagle has a wingspan of 78 inches and weighs 7-14 pounds. Although golden eagles are powerful enough to kill a man, they have never been known to attack adult humans as prey.

The fovea at 45 degrees is used to view things at long distances. An eagle can see something the size of a rabbit at more than three miles away. the eagle is known as the king of birds. The lion is considered to be the king of beasts and likewise the eagle is the king of birds. It is the favourite of kings and sardars, and flies high. The eagle is obviously different from other birds because of its strong and powerful body and sharp beak.

The bald eagle was chosen June 20, 1782 as the emblem of the United States of America, because of its long life, great strength and majestic looks, and also because it was then believed to exist only on this continent. The eagle represents freedom.

the eagle is a symbol of strength, and because their hunt brings them prosperity, they are also the preferred guardians for businesses. When an eagle soars above you in your dreams, it’s time to stop what you are doing and contemplate.

Eagle tattoos symbolize wisdom, power, and spirituality. Aside from being associated with the United States, the eagle is also used in various cultures way back then. In ancient Greece, it is used as a symbol of masculine strength and virility.